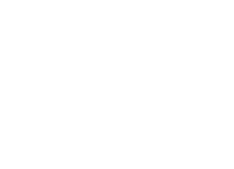 ADK advocates for responsible outdoor recreation, outdoor recreation education, stewardship of public lands, and recreation infrastructure, including sustainable trail construction and maintenance. Through these efforts, we are growing an inclusive stewardship community that supports the safe and ethical use and conservation of New York’s wild lands and waters.

Below are some issues and initiatives we are involved in right now. Click here to tell your legislators to support these important measures now.

On November 8th, 2022, New York voters will have a once-in-a-generation opportunity to protect clean water, update infrastructure, build parks, and improve quality of life in every county of the state.

This past spring, New York State lawmakers passed the 4.2 Billion Clean Water, Clean Air, and Green Jobs Bond Act, a historic piece of legislation that will fund critical environmental protection and restoration projects throughout the state.

The Catskill and Adirondack Forest Preserve Parks collectively represent over 6.5 million acres, which is nearly a quarter of New York State.

Did you know that invasive species are one of the greatest threats to biodiversity? Because people are primarily responsible for the introduction and spread of invasive species, we can have a huge impact if we take small, simple steps to protect native species.

ADK partners with the NYSDEC and the Adirondack Park Invasive Plant Program (APIPP) to run citizen science “early-detection” projects to search for and report invasive species in lakes and forests. We also encourage outdoor recreators to learn more about invasive species and the actions they can take to keep them out of New York’s public lands and waters.

Established in 1993, the Fund is New York State’s dedicated source of funding for critical environmental programs that protect what we love about New York – our clean drinking water, our magnificent parks, and our family farms.

October 6, 2022 The Open Space Institute (OSI), in partnership with the New York Outdoor […]